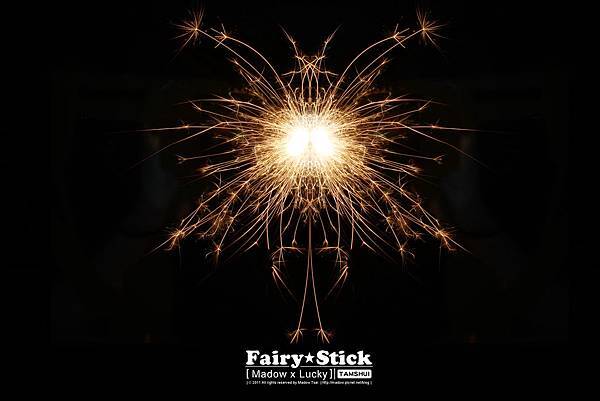 When I took the Fairy Stick, it look like a droplight.

I never think that this tiny firework can be so

beautiful. Have you ever notice it?

The flash of fairy stick exist a short period of time in our eyes. After few minutes, they will disap-

ear in the dark,but It's different in cameras. The fairy sticks are just similar as lighting dandelion.It's

so amazing because of that even I have played them since I was a child, I never realize their magic. 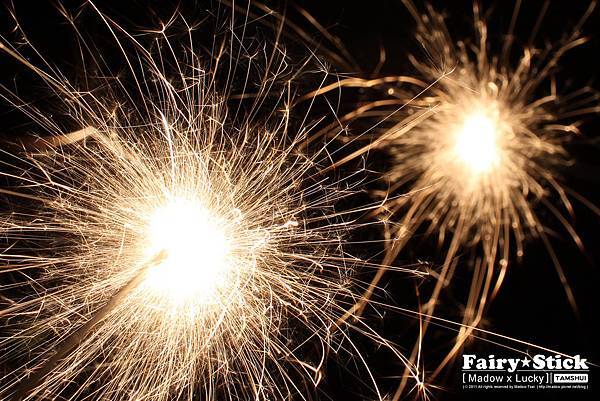 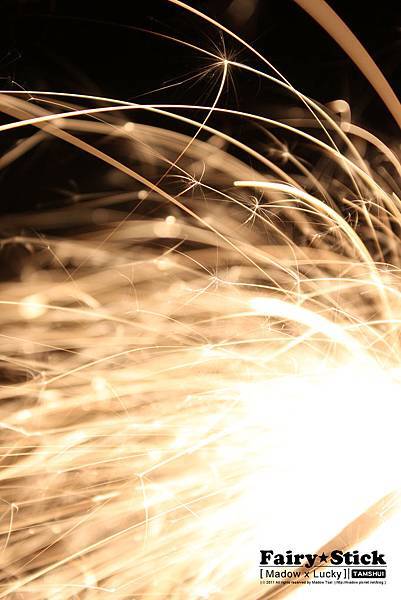 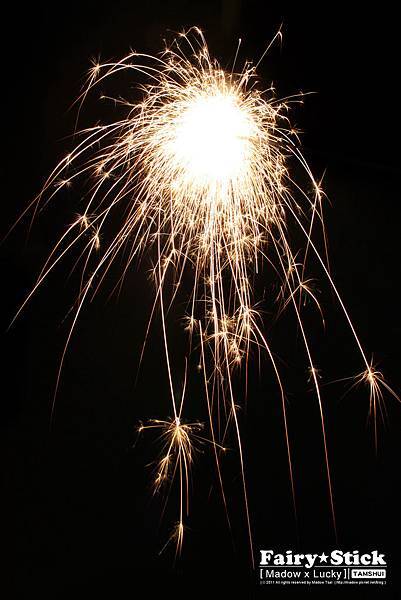